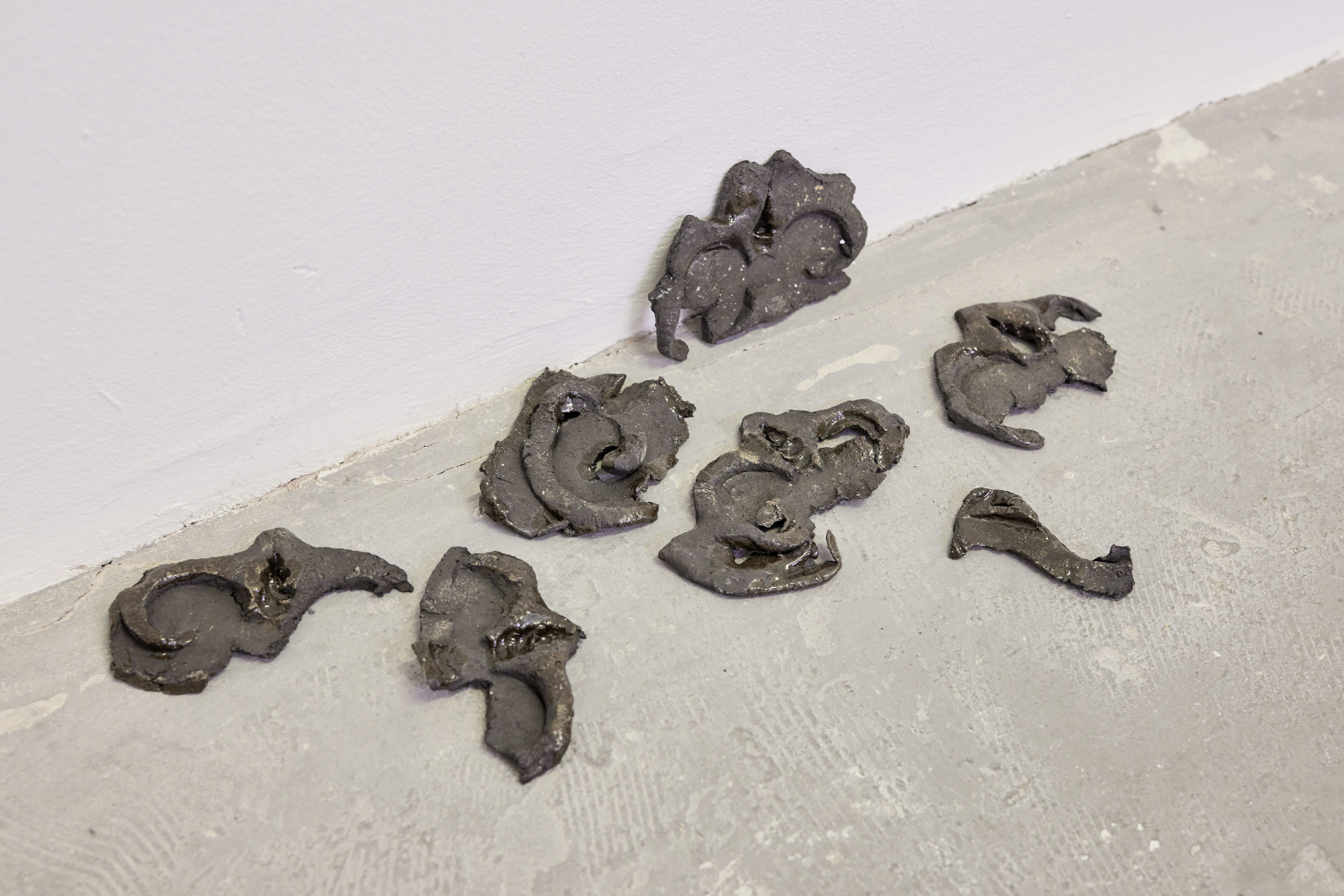 The installation artist Alex Besta develops multimedia compositions and conceptual spaces. She transfers theoretical research and personal explorations into an artistic-abstract and physically experiential language. The sociological, scientific or poetic writings that serve as her point of departure are re-sorted by Besta and translated into tapestries of sound, objects, images or cinematic elements to culminate in an overall concept that encompasses the entire space. A keen interest in the emergence of social orders and aesthetic phenomena, always with regard to their historical and social context, is an essential component of her art and is contained in all of her works. Alex Besta graduated from the University of Design Karlsruhe in 2018.

Alex Besta is represented by ato.vision

»The circle swirls its tempest skirts, to raise the trace from former phases. Bracing structures built from clay, all set and ready to reshape. Memories dancing walz in clockwise rounds. Waking a season sound, coloured by streaks on growing, worm-like grounds.«