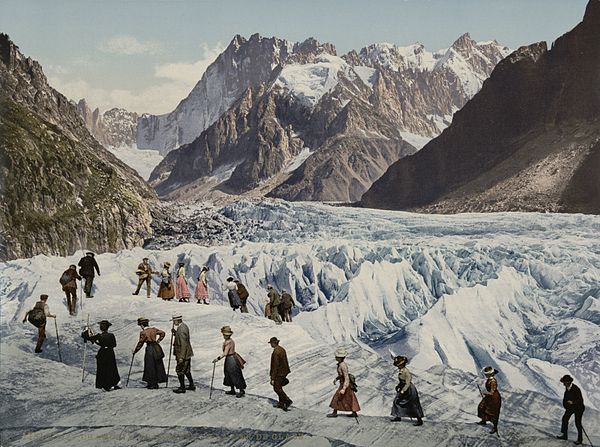 The Earth has always been subject to geomorphological processes, such as the opening and closing of oceans. However, current changes in landscape form are increasingly due to climate change. Impressive examples of this are the so-called „periglacial“ landscape forms caused by thawing processes, as well as the formation of summit breaks of mountain ranges caused by the alpine temperature rise. Those changes of the topography, I would like to take as an occasion to „listen into“ our earth in an artistic way.
„The fabric of a familiar universe is consequently dissolved. And I find myself virtually naked in an alien landscape.“ Tracking down essays and scientific writings on the subject is essential to my artistic practice. Thus, it is often quotations - such as that of Luce Irigaray - that serve as a starting point for me to deepen my research and help me to develop a visual or acoustic interpretation. In addition, there are dialogues and conversations with other actors.
It is explicitly about the acoustic perception of those mentioned landscape changes, for example in the form of buzzing sounds. I would like to undertake research trips to areas that are subject to acute geomorphological processes in order to translate - with the help of piezoelectric microphones - the changes in landscape form into sound. From this, an auditory synthesis of reality and dystopia will emerge, which will be related to space and sculpture in a later step.
A rhythmic approach and an important question of how to resonate with the world when everything seems so out of sync!
An attempt to raise awareness: could we listen earlier to the needs of our earth? What stories does its transformation tell, are they transferable to artistic levels and can they be experienced at all in the exhibition space?
The installative work deals with the close connections between organisms, the fragility of ecosystems and the uncertainty about the future.